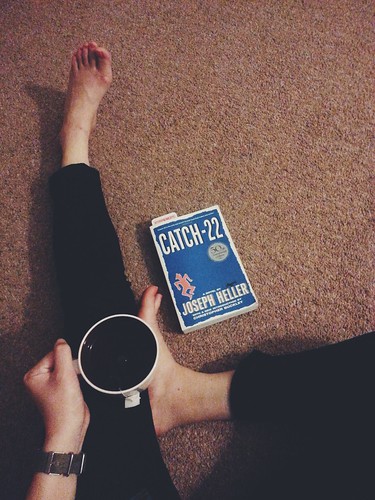 Every September, I tell myself that this year is going to be the year that I’ll finally sit down and write the perfect, awesome, emotional, and overly informational post on Banned Books Week. But every September, I lose track of the days, or something comes up, and before I know it the fourth Sunday comes right around the corner and I’m just sitting there, palm to face, muttering variations of “Not again ” and “I’m such an idiot.”

Spilled milk aside, I do want to at least TRY to talk about literary censorship within the United States. As fun as it is to revel in the mass enthusiasm that the book community is generating over this annual event, I think it’s important to understand WHY this event is happening. And I want to explain why I choose to participate.

But it’s already past midnight where I’m at, and while I’m not exactly Cinderella I need some semblance of a full night’s sleep if I’m to be expect to be a functioning human tomorrow morning. So I will leave aforementioned dream post to another day. Hopefully a day that happens to fall within this week.

In the meantime, I want to wish all of my fellow Stateside bookworms a very, very happy Banned Books Week!

Before I launch into Mockingbird: Banned Books edition, I want to say a few things. Firstly, apologies for not being on schedule. I came down with some food poisoning on Monday, and have only just felt well enough to return to this little project. I was hoping to finish the book by Saturday, but I don’t think that’ll happen given that I’m way behind schedule. I’ll do my best to finish as much of the book as I can, though.

Secondly, I want to clarify what I meant by “live-blogging.” I won’t be updating this blog with real-time reactions in the same manner as, say, a live tweet session. While I could, I don’t think I’d have the energy to keep it up. Plus, real time blips seem better suited for Twitter, and I want to do something more bloggy than Twittery. What I plan on doing is posting each evening, from now till Saturday, with a summary of my thoughts and reactions to the chapters that I’ve read so far. Something like my posts on Jane Eyre. [1 & 2] I’ll try not to be too revealing with story details, but given the nature of these posts some spoilers will be inevitable.

With that said—onwards! And SPOILERS AHOY!!

To Kill A Mockingbird. I haven’t touched this book in a looooong, long time. I’ve read through the first five chapters, and I’m a bit embarrassed to say that almost nothing is registering as familiar. Except for some of the names: Jem, Scout, Atticus, Boo Radley…

Speaking of Boo Radley, I think it’s interesting how Jem and Scout see Boo as this boogeyman figure.

Inside the house lived a malevolent phantom. People said he existed, but Jem and I had never seen him. People said he went out at night when the moon was down, and peeped in at windows. When people’s azaleas froze in a cold snap, it was because he had breathed on them. Any stealthy small crimes committed in Maycomb were his work.

“He goes out, all night, when it’s pitch dark. Miss Stephanie Crawford said she woke up in the middle of the night one time and saw him looking straight through the window at her … said his head was like a skull lookin’ at her.”

Jem gave a reasonable description of Boo: Boo was about six-a-half feet tall, judging from his tracks; he dined on raw squirrels and any cats he could catch, that’s why his hands were bloodstained—if you ate an animal raw, you could never wash the blood off. There was a long jagged scar that ran across his face; what teeth he had were yellow and rotten; his eyes popped, and he drooled most of the time.

Come fall, the children go to school. Poor Scout, though, has a rough time with her teacher, a newcomer named Miss Caroline Fisher. Not only does Miss Caroline disapprove of Scout already knowing how to read—which I find bizarre—she sees Scout’s efforts to help her understand her more peculiar students as insubordination. Deflated, Scout later asks Atticus if she could skip school altogether. Atticus gives a pretty awesome response.

“No, an agreement reached by mutual concessions. It works this way,” he said. “If you’ll concede the necessity of going to school, we’ll go on reading every night just as we always have. Is it a bargain?”

“We’ll consider it sealed without the usual formality,” Atticus said, when he saw me preparing to spit.

As I opened the front screen door Atticus said, “By the way, Scout, you’d better not say anything at school about our agreement.”

“I’m afraid our activities would be received with considerable disapprobation by the more learned authorities.”

Speaking of Atticus and parenting, let’s talk about Atticus and his children. Jem and Scout seem to genuinely respect and look up to him. And I love that Atticus maintains a balance in their lives, allowing them to roam and play—as children ought—and yet making sure that they’re getting a good education, both in school and out. I also love that Atticus encourages Scout to read, doesn’t chastise her for not being girly or proper … and heck, uses her boyish nickname. In his conversations with Scout, Atticus appeals to her like an equal, reasoning with her instead of telling her to do what he says because he’s the adult. He also understands people, and cares about them.

Stopping this here, because I should be in bed and I can’t think straight anyway. I’ll add more to these thoughts in tomorrow’s post.

A sampling of the banned and/or challenged books I have currently in my collection.

I’m a little over 24 hours late in saying this, but Happy Banned Books Week, everyone! As part of my observance of the event this year, I’ll be “live-blogging” through my re-read of Harper Lee’s To Kill A Mockingbird. I chose Mockingbird because I felt it was due a re-read, and also because it remains to this day one of the most frequently challenged classics in the US. Which just boggles my mind because I can’t see why people would be so averse to it. I for one enjoyed it when I read it for class in 6th grade, and didn’t think it inappropriate or vulgar. Yes, racism does feature prominently in the book. And yes, the n-word is used. But I think what upset parents are missing entirely is how the story portrays these terrible and offensive things. Mockingbird, I hope they realize, is not a pro-racism story. It doesn’t encourage children—or anyone else, for that matter—to go around slinging racial slurs. If anything, it encourages its readers to fight injustice, and to stand up for what is right, no matter how outnumbered you may be.

Anyways, I’ll save the rest of my thoughts on that issue for another post. For the time being, I just want to encourage all of my Stateside readers to at least learn more about literary censorship in America*, and to form their own convictions regarding the matter. (Good places to start: the Banned Books Week website; and the ALA, which has this whole section on banned & challenged books.) Personally, I don’t think censorship is ever the right course of action. Period. Doesn’t matter what good intentions went into it. Censorship is never the answer, and I really hope that the naysayers—like those behind this and this—come to understand that.

* For my readers residing elsewhere, I would highly recommend you look into censorship matters in your own countries. Censorship is a serious problem, no matter where you live.